A new competition is about to launch for Boys Netball!

West Coast Men’s & Mixed Netball Association is very excited to be able to launch their Future Thunder Pathway (FTP) program. The program aims to fill the gap between 12&U (Net Set Go) participants and the 17&U Thunder boys team.

Details of the program are still being finalized, but the West Coast Men’s & Mixed Netball Association is able to confirm some limited details below, with games being played on Friday nights;

WCMMNA is encouraging all metropolitan-based associations to get involved and enter as many teams as possible into the two divisions. The association will have a registration window for association-based teams and encourages any individuals interested in playing to get in touch with their local association. Following this, there may be the opportunity for individuals to register interest and be directed to an association seeking athletes. Finally, non-association based registrations will be accepted, provided the minimum requirements above are met. Looking ahead, the program has the ability to expand the number of divisions and age groups, based on number of team entries.

Please see the link below for more details;

After running this competition for the last 3 years, KDNA hoped to expand the Boys Competition again and opened it up by sending out invitations to other Associations to play a Home & Away format. Unfortunately this did not eventuate and we had 2 boys teams that got some match play throughout the season against each other and some of our regular saturday teams.

If you have a complete Team that you wish to nominate and join the Association for 2022, please contact the KDNA office via kdna.1@bigpond.com or 08 9291 8763 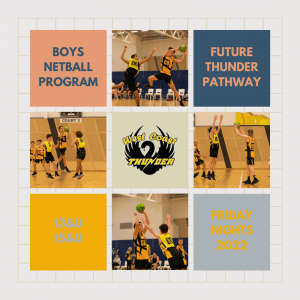